He is a scientific advisor of 26 PhD holders, and a scientific consultant for 12 doctoral research defenses on Pedagogy and Psychology.

The results of his research are reflected in more than 500 publications, among which there are 14 monographs, manuals for students, various conference journals, mostly international ones, as well as scientific articles publishes abroad in Austria, Bulgaria, Germany, Israel, Kazakhstan, and the Pridnestrovian Moldavian Republic.

During the last five years he published more than 30 articles which are widely quoted; his quotation index makes him one out of ten leading authors in Pedagogy and Psychology of Russia.

He has been a key plenary speaker of international and Russian conferenced on the issues of education in Russia and abroad (England, Bulgaria, Germany, Denmark, Iraq, Spain, Canada, Kazakhstan, China, Portugal, Finland).

Andrey Verbitsky holds numerous awards, such as VDNKh Silver medal for the development of the concept of postgraduate education; Badge «For Excellent Success in Work» of the State Educational Establishment of the USSR; Veteran of Labor; Honored Worker of Higher Professional Education; the Golden Medal of the Russian Academy of Education «For Achievements in Science»; K.D. Ushinsky Medal, Diploma and Gold Medal of the European Scientific and Industrial Chamber «For Outstanding Professional Achievements». 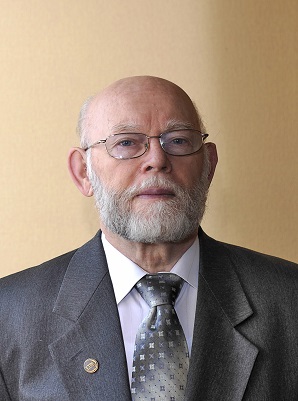